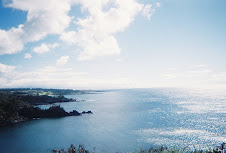 "do you think the odds of sentencing someone to death increase in proportion to the distance kept from being the actual instruments of carrying out that sentence?"

I certainly think this rings true in the realm of military decisions: Gone are the days when supporting a declaration of war meant your children would be on the front lines.

Today, the decision to invade a nation results from debates that seem almost philosophical in nature, dangerously disassociated from the reality of their outcome.

I will be interviewing Sen. Jim Webb's press secretary in regards to Webb's bill to "overhaul the criminal justice system" on Monday morning.

I am trying to arrange a sort of 'open source' question system.

If you've got questions for him, send them my way and I'll field them to him.

We'll be posting a whole report on Webb's bill at the magazine I edit: www.correctionsone.com

All the best,
Luke Whyte.

Luke, I'm very sad to say that I just now read your comment thinking that no one would ever read what I had to say or follow my posts. I guess I'm too late to ask Jim Webb anything, but I have been following what he is doing regarding prison reform.

The most important fact is that the justice system is this country is anything but just. The State's deck is stacked against the defendants, prosecutors withhold evidence because in their estimation conviction is the only goal. Truth means nothing. In fact, it is rather something to be avoided at all costs.

This is an untenable situation and one that is producing results that none of us desire.

Yes, I do think, as you said, "the odds of sentencing someone to death increase in proportion to the distance kept from being the actual instruments of carrying out that sentence".

I think this is why Jesus said "he who is without sin cast the first stone". That made it personal. One on one. And, of course, no one can do that, because none of us, not one of us, has the moral upper hand over anyone else.

Prison isn't working. It never has worked, and it never will work. It makes terrible situations worse, and it further alienates an entire group of people that are already marginalized.